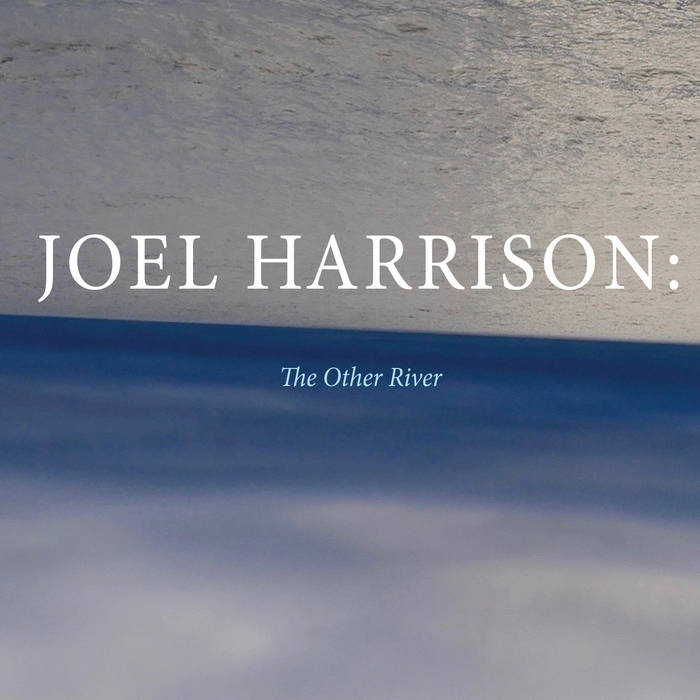 The Other River is a personal and striking collection of original songs written, arranged and sung by veteran US guitarist and singer/songwriter Joel Harrison, and follows his acclaimed quintet release on Whirlwind – Spirit House. Whilst it bears some of Harrison's trademark compositional moves, this latest album – his eighteenth – may come as something of a surprise to his many, established jazz followers. The project’s focus is very much its lyrical, unfettered storytelling conveyed through stripped-down music – unabashed Americana modelled on the work of Paul Simon, Leonard Cohen, and Robert Hunter – which reaches out to the heart in candidly dealing with mortality and loss, redemption and forgiveness.

“I came to this music because I had to”, says Harrison. “There were things I was going through that made me yearn for a new level of honesty and bare-bones truth-telling. Words seemed to be the way forward. Instrumental music couldn't pierce these regions in the same way”. In fact, Harrison grew up with as much interest in writing songs as in exploring jazz. Since the age of sixteen, he’s written scores of songs, mostly unrecorded. Some appeared on 2007’s ‘Passing Train’ and 2005’s ‘So Long Second Street’, and his voice has been a part of several other of his jazz records, including ‘Free Country’ and ‘Harrison on Harrison’.

Joel Harrison’s core ensemble all share a love of jazz, country, R&B and gospel, which can be heard in the stylistic multiplicity of their approach to these eleven numbers. Pianist and keyboardist Glenn Patscha has added his master's touch to the music of Roseanne Cash and Marc Cohen, and along with bassist Byron Isaacs was a founding member of seminal folk/gospel group Olabelle. Both Patscha and Isaacs also spent time with Levon Helm, whilst drummer Jordan Perlson (an ally from earlier jazz recordings) plays with many songwriters, including Kaki King and Becca Stevens. And Harrison also welcomes a handful of guests including previous collaborators Cuong Vu (trumpet) and Anupam Shobhakar (sarode), plus the vocal empathy of Fiona McBain.

The results are, by turns, gorgeous (‘All My Beautiful Enemies’), stark (‘Bus to Brighton’), psychedelic and bluesy (‘The Other River’), buoyant and funny (‘Chelsea Hotel’), moody and surreal (‘Made It Out Alive’). And in describing the flat-out heartbreak of ‘Yellow Socks’, Harrison reveals, “This is adult music befitting my age. It’s an unflinching description of standing by my father’s bedside as he lay dying. It may be painful to listen to, but I’m thirsty for this kind of intimacy in art”.

Lovingly-sculpted guitar parts, insightful lyrics, layered and nuanced keyboard motifs, world percussion and righteous background harmonies all contribute to The Other River – a recording which, through its sensitive musicality and poignant vocal expression, is poised to touch many listeners. Harrison concludes: “I just love great music, regardless of style, and am always striving for something new. To work with language in the context of a simple song is as great a challenge as any I’ve faced as a composer.”

"Varied, intimate emotions course through The Other River... The arrangements are unique to each song giving colour and texture along the way."
★★★★ DownBeat Magazine

"A magnificent album... A fusion of jazz, folk and blues influences and an intense and emotional vocal delivery."
Radio REC

"Pensive, dreamy Americana/indie-folk record The Other River—dips its bucket at every turn into the deep well of American music."
Grateful Web

A fusion of jazz, folk and blues that shines with modernity, passion and intensity."
Radio REC